This blog post is based on the data set analysed in the BRL Working Paper “Dominating OP Returns: The Impact of Omni and Veriblock on Bitcoin” by our researchers Dr. Elias Strehle and Fred Steinmetz. Read the full paper here.

Two earlier blog posts discussed how OP Return transactions have affected the Bitcoin ecosystem. The first blog post considered the overall impact during the sample period from September 14, 2018 until December 31, 2019. Virtually all OP Return transactions were published by two services: Omni/Tether and VeriBlock. Together they accounted for a stunning 21.5% of all Bitcoin transactions. The second blog post considered the impact on a daily basis. Many ups and downs in Bitcoin activity were caused by Omni/Tether or Veriblock, while regular activity on Bitcoin was remarkably stable. 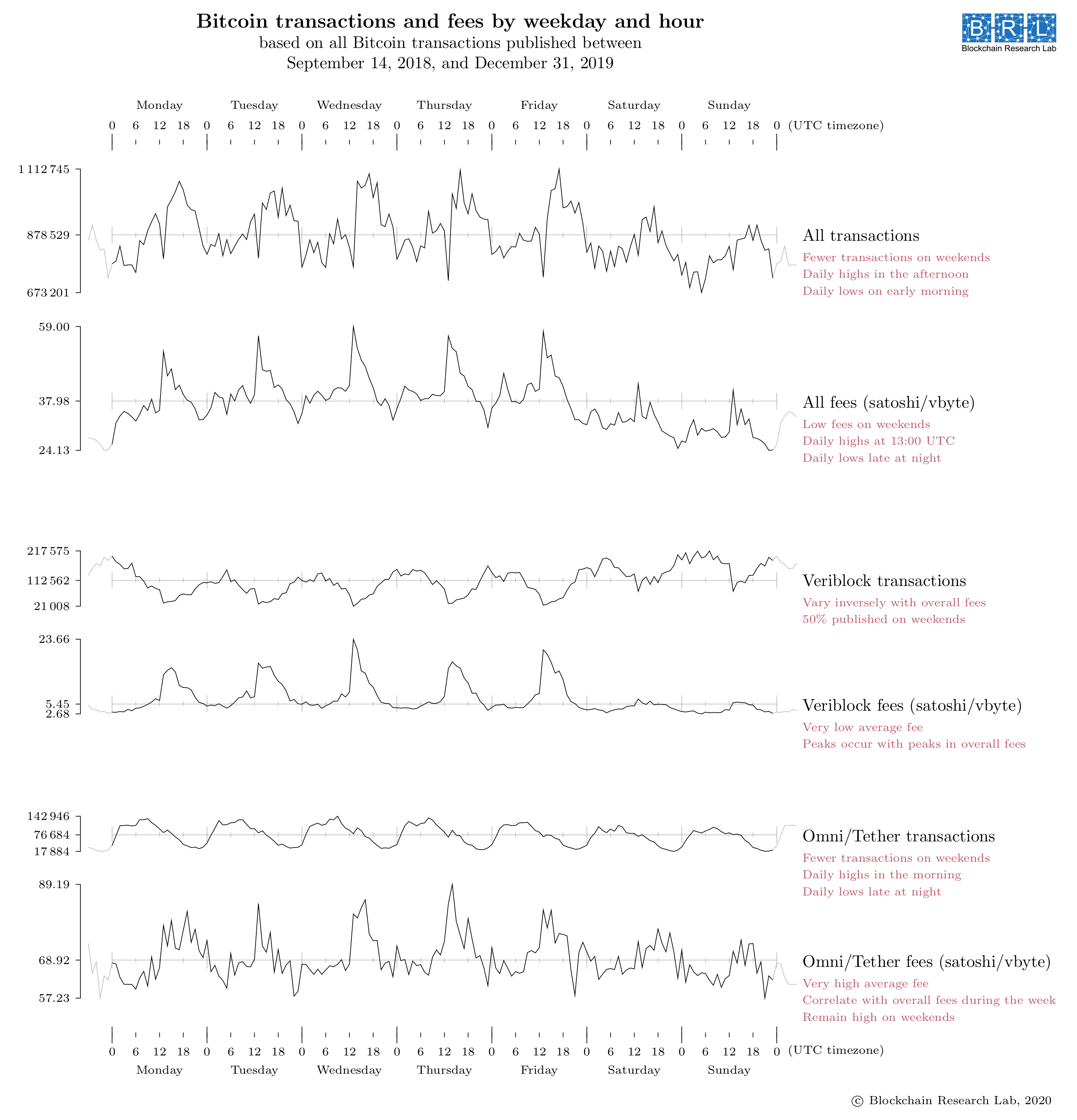 Tether is a so-called stablecoin. Its value is pegged to the US-Dollar, making it a cryptocurrency with minimal price volatility. Tether is deployed on top of other blockchains; on Bitcoin, it is deployed via the Omni Layer protocol. Omni/Tether transactions mostly follow the pattern of overall activity, with the exception that activity remains high on weekends. The fees paid by Omni/Tether correlate with overall fees, but are almost twice as high. It is unclear why Omni/Tether transactions pay such high fees.

The chart illustrates that transaction timing can have a large impact on transaction fees. Publishing transactions on Bitcoin was very expensive during “rush hour”, i.e. when overall activity was high. Veriblock’s users have demonstrated their capability to avoid these times of high activity, which enabled them to publish millions of transactions at minimal cost. Their behaviour may find wider adoption among Bitcoin users who are able to shift their activity from workdays and afternoons to weekends and early mornings. The potential cost savings from such a shift could be significant.

For more information, read the BRL Working Paper “Dominating OP Returns: The Impact of Omni and Veriblock on Bitcoin” here or contact the authors directly at strehle@blockchainresearchlab.org.