Skip to content
A Place Next to Satoshi: Scientific Foundations of Blockchain and Cryptocurrency in Business and Economics

Blockchain technology has developed into a far-reaching phenomenon that affects all industries and sectors over the last few years. While Bitcoin or currency is the first application of the technology, the vision is different. The technology offers the potential to become a basic technology, which is the basis for a multitude of applications. While it is obvious that such a technical topic will first be taken up by computer scientists, the academic literature in the fields of business, economics and finance has discovered the topic for itself and at the present time a number of studies, empirically and theoretically, have been published.

The aim of this study is to identify the basic research foundations of blockchain and cryptocurrencies in business and economics using bibliometric analysis. This is done by co-citation analysis in the form of factor analysis, which prevents possible subjectivity of a literature review. In addition, it will be identified how research directions are related to each other via social network analysis. After considering the research streams and the actual articles, research gaps and potential research paths will be identified. 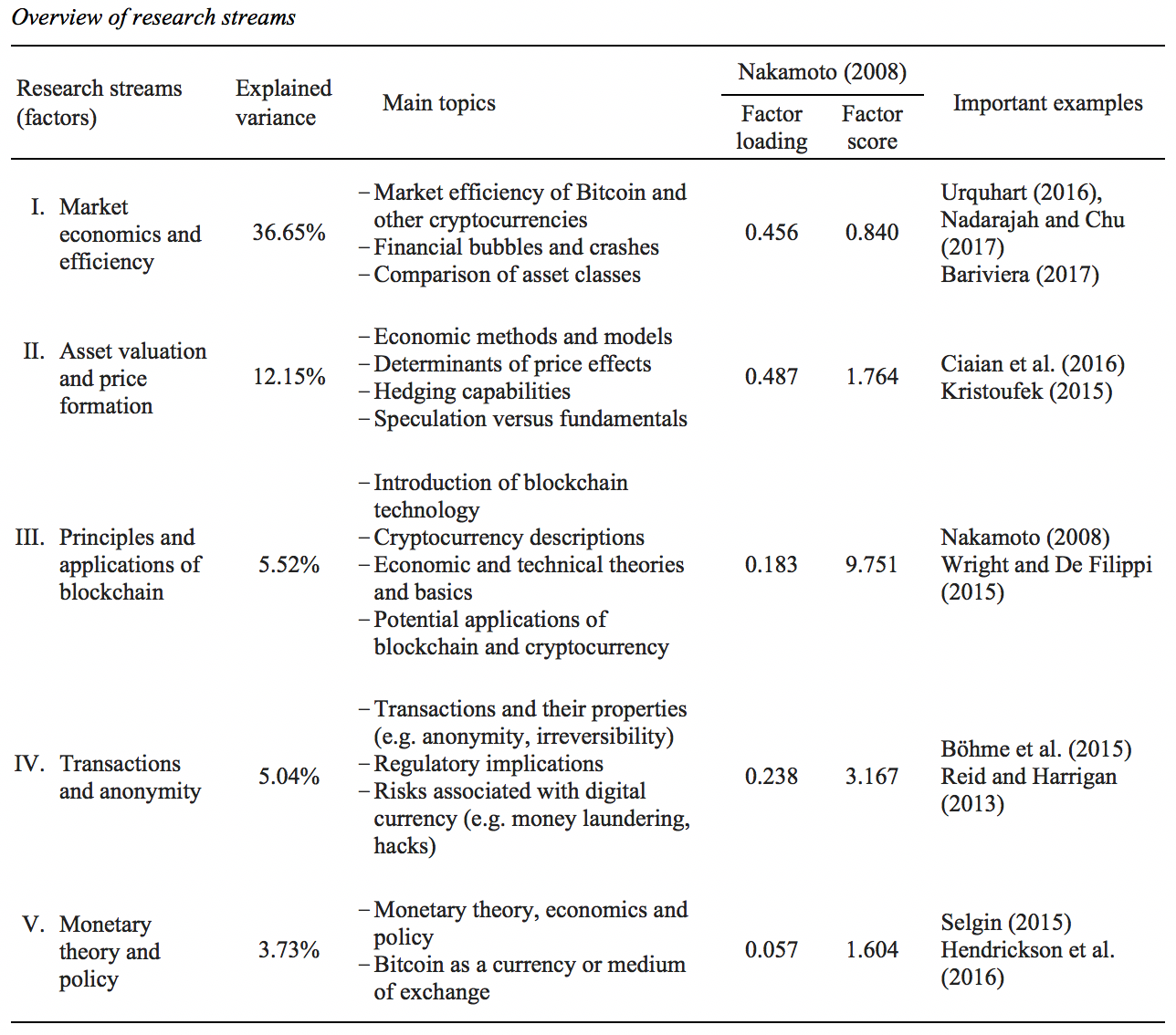 The first and biggest stream deals with market efficiency of cryptocurrencies and accounts for 36.65% of variance. The second stream (12.15% variance) deals with asset valuation and price formation, while the third stream (5.52% variance) deals with the principles of blockchain and its application. In the fourth stream (5.04% variance), special properties of cryptocurrency transactions, such as anonymity or irreversibility and their regulatory implications are discussed. Lastly, the fifth stream accounts for 3.73% of variance and deals with monetary theory and policy, like the suitability of Bitcoin to be(come) a currency.

The visualization of the interrelations of the most relevant publications provides further insights: 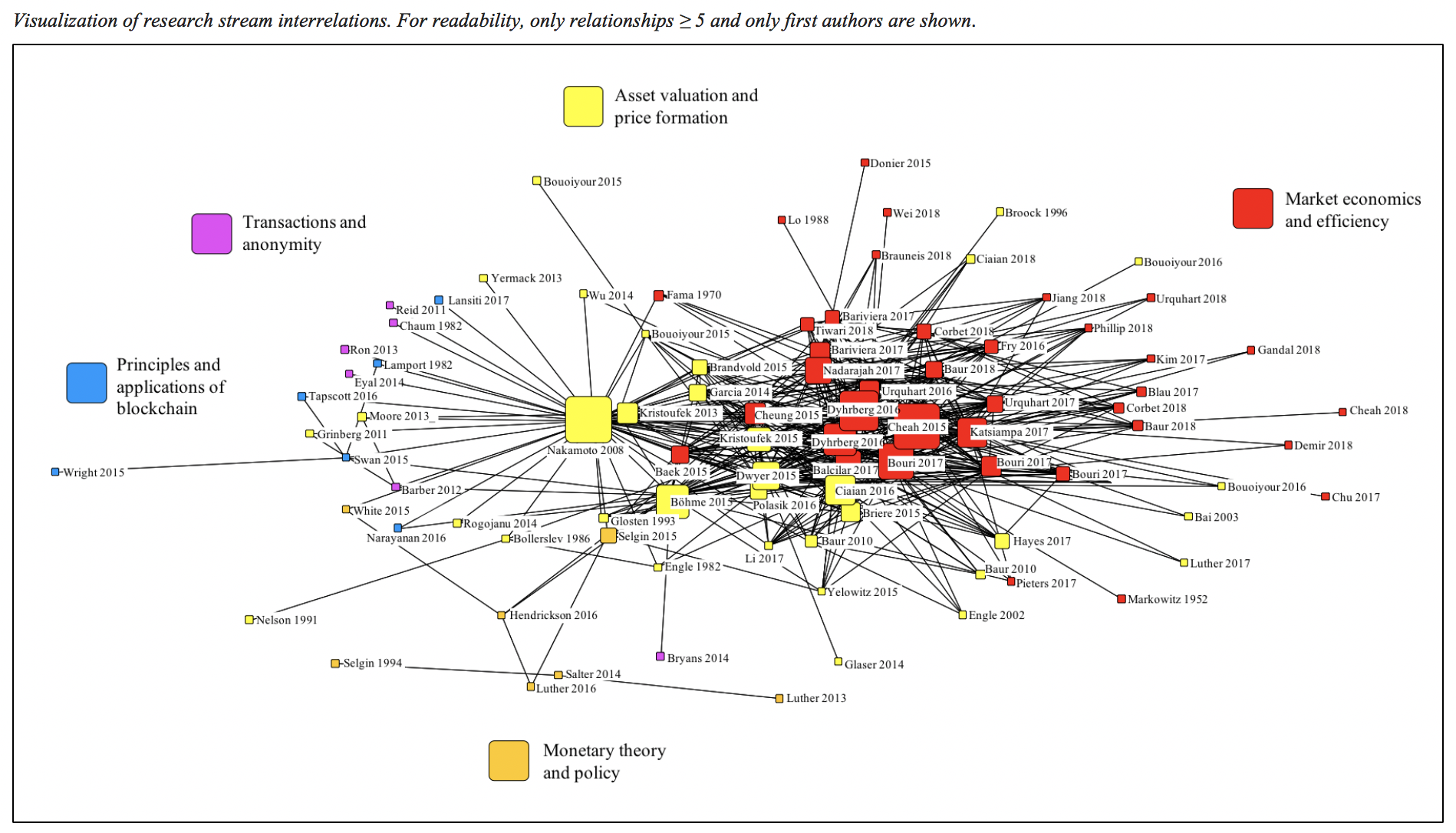 This study analyses the scientific basis of the existing literature in the field of blockchain technology and cryptocurrency using quantitative methodology, which enables a neutral and objective evaluation. Research streams with the highest thematic relevance were identified and their underlying content and approaches presented. The results provide a scientific basis for researchers working on topics that can be assigned to the five research streams. Characteristic publications can be identified, which may be suitable as a thematic or methodological basis or point to new research directions. Interrelations between discourses show that this young field of research still leaves a lot of room for manoeuvre. On the basis of the analysis, various future research directions are pointed out. Researchers are currently still in a position to carry out fundamental work that shapes own, emerging or existing discourses in the field. There is still free scientific space to occupy beside Nakamoto (2008).

Link to the paper: “A Place Beside Satoshi – Scientific Foundations of Blockchain and Cryptocurrency in Business and Economics”