Mt. Gox launched in 2010 and once hosted more than 70% of global Bitcoin trading volume before collapsing and ceasing operations in February 2014 and filing for bankruptcy. Users who had a balance in BTC or any fiat currency at the time when Mt. Gox ceased operations were able to file a claim with the Mt. Gox trustee in charge of the bankruptcy procedure. After more than eight years, the Mt. Gox trustee announced on July 06th, 2022, that it would “prepar[e] to make repayments” starting from “approximately end of August”, 2022.

Link to the research note: An analysis of Mt. Gox creditor claims 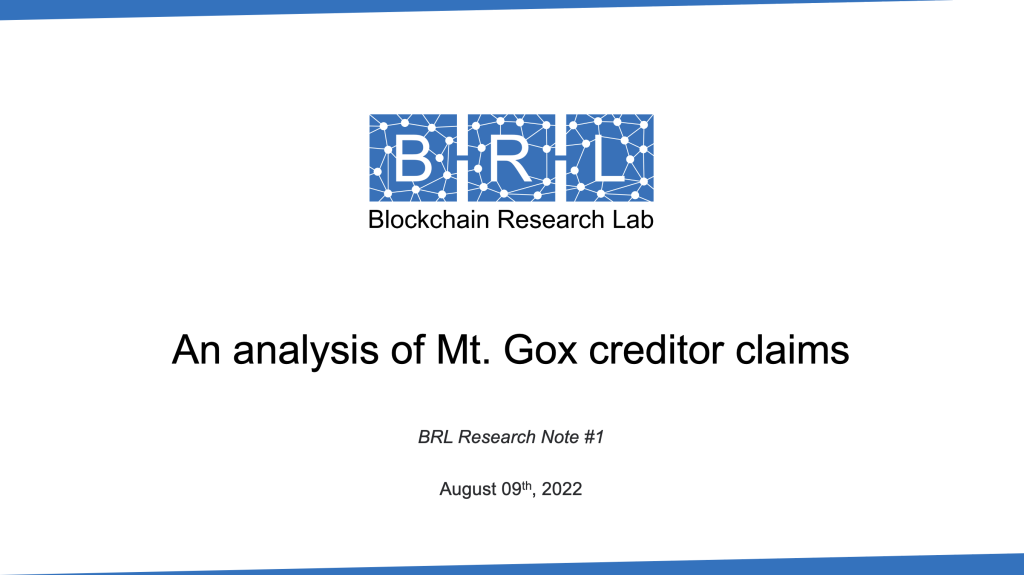