Regarding the challenges for the adoption of cryptocurrencies, the highest rating was found for less knowledgeable respondents with respect to price fluctuations (6.9 on a scale of 0 to 10); more knowledgeable respondents considered the risk of manipulation to be the greatest challenge (6.7). Among the perceived use cases for cryptocurrencies, short-term speculation is rated the highest, whereas voting received the lowest scores. However, we find differences between current owners, former owners, and non-owners of cryptocurrencies. Cryptocurrencies are actually used most frequently for investment purposes (on 3.5 days per month), access to services (on 2.8 days) and payment transactions (on 2.7 days). 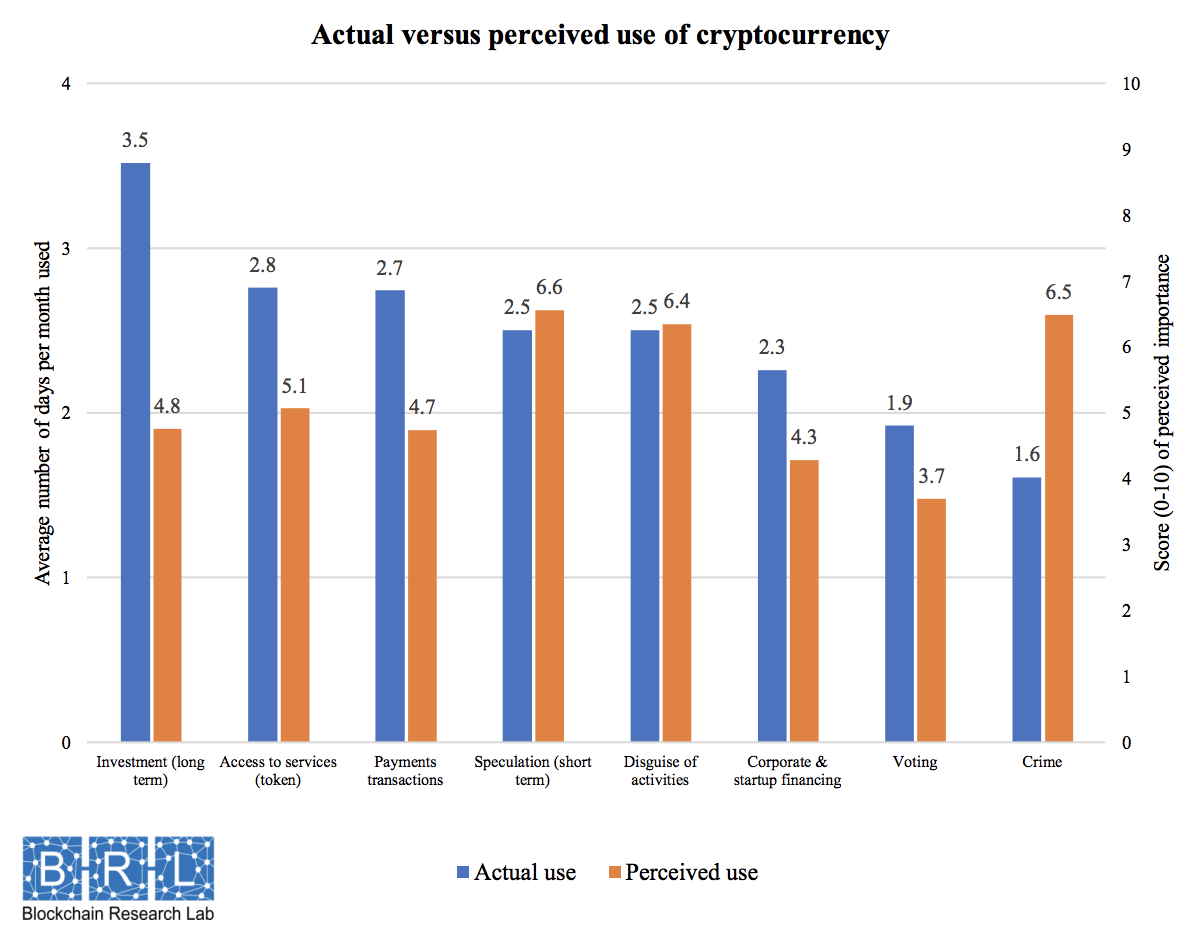 Link to the report: “Perceived and Actual Use of Cryptocurrencies: Germany Q1 2019”