On this page, you can find all published reports of the Blockchain Research Lab. Feel free to download them by clicking on the picture and share them. 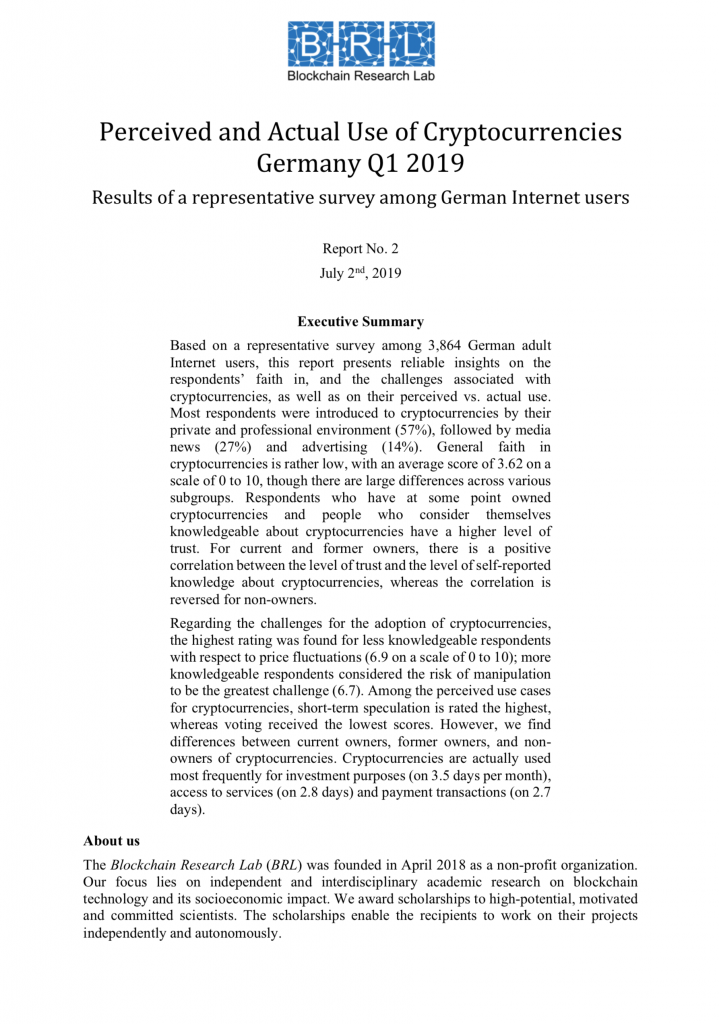 Results of a representative survey among German Internet users

Regarding the challenges for the adoption of cryptocurrencies, the highest rating was found for less knowledgeable respondents with respect to price fluctuations (6.9 on a scale of 0 to 10); more knowledgeable respondents considered the risk of manipulation to be the greatest challenge (6.7). Among the perceived use cases for cryptocurrencies, short-term speculation is rated the highest, whereas voting received the lowest scores. However, we find differences between current owners, former owners, and non-owners of cryptocurrencies. Cryptocurrencies are actually used most frequently for investment purposes (on 3.5 days per month), access to services (on 2.8 days) and payment transactions (on 2.7 days). 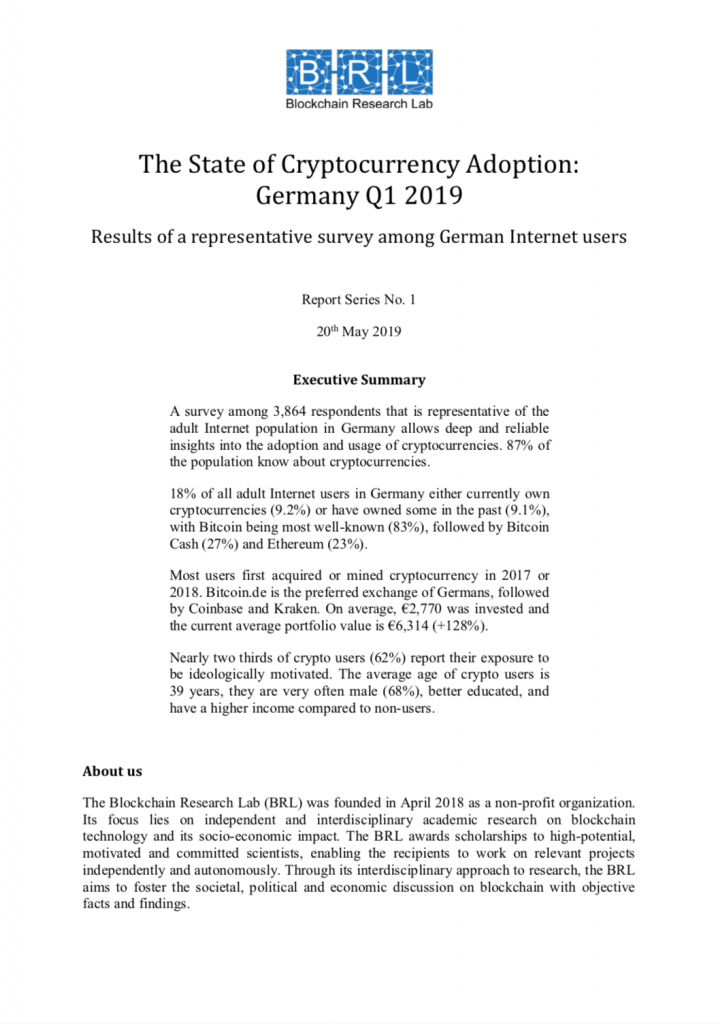 Results of a representative survey among German Internet users

A survey among 3,864 respondents that is representative of the adult Internet population in Germany allows deep and reliable insights into the adoption and usage of cryptocurrencies. 87% of the population know about cryptocurrencies. 18% of all adult Internet users in Germany either currently own cryptocurrencies (9.2%) or have owned some in the past (9.1%), with Bitcoin being most well-known (83%), followed by Bitcoin Cash (27%) and Ethereum (23%). Most users first acquired or mined cryptocurrency in 2017 or 2018. Bitcoin.de is the preferred exchange of Germans, followed by Coinbase and Kraken. On average, €2,770 was invested and the current average portfolio value is €6,314 (+128%). Nearly two thirds of crypto users (62%) report their exposure to be ideologically motivated. The average age of crypto users is 39 years, they are very often male (68%), better educated, and have a higher income compared to non-users.